We offer a position as an

Deep Depth from Defocus (Deep DFD) for near range and in-situ 3D exploration.

Acquiring 3D geometry of the scene is essential for a series of applications like scene understanding, navigation, robotics etc. Among the existing approaches, those using passive 3D sensing are more cost-effective and allow the use of compact, standard systems. Two hints for depth estimation by passive sensing are the blur and geometrical deformations due to perspective representation. The blur is due to camera lens, that represents any point, which is not in the focal plane, by a disk (circle of confusion) in the image plane. The analytical methods using a single snapshot fail on non-textured regions, cannot discern between anterior and posterior focal plane positions, do not operate close to the focal plane and demand heavy calculation. To overcome these limitations and to improve the accuracy of depth maps we propose to use the deep learning for depth inference and for the design of camera coded aperture

The successful candidate will be employed for a maximum period of three years full-time equivalent and receives a generous financial package plus an additional mobility and family allowance according to the rules for Early Stage Researchers (ESRs) in an EU Marie Sklodowska-Curie Actions Innovative Training Networks (ITN). A career development plan will be prepared for each fellow in accordance with his/her supervisor and will include training, planned secondments and outreach activities in partner institutions of the network. The ESR fellows are supposed to complete their PhD thesis by the end of the 3rd year of their employment. For more information please visit the Marie Sklodowska-Curie Actions Innovative Training Networks website. 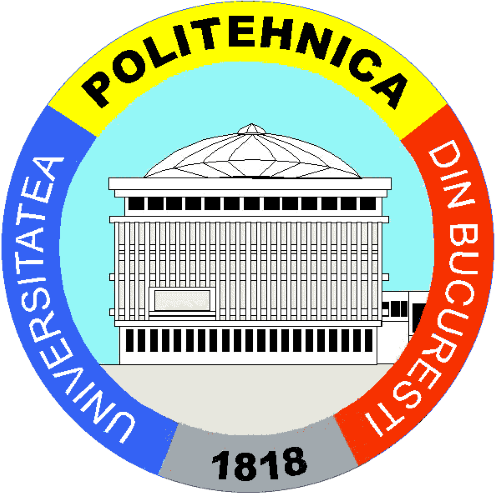 University POLITEHNICA of Bucharest is the oldest and most prestigious engineer school in Romania. Its traditions are related to the establishment, in 1818, by Gheorghe Lazăr, of the first higher technical school with teaching in Romanian, at the Saint Sava Abbey in Bucharest. In 1832, it was reorganized into the St. Sava College. On 1 October 1864, The School of Bridges and Roads, Mines and Architecture was established, which becomes, on 30 October 1867, The School of Bridges, Roads and Mines, with a duration of 5 years. Under the leadership of Gheorghe Duca, on 1 April 1881, the institution acquires a new structure, under the name of The National School of Bridges and Roads; on 10 June 1920, the Politehnica School of Bucharest was founded, with four departments: Electromechanics, Civil Engineering, Mines and Metallurgy, Industrial Section. From November 1920 the name changes to POLITEHNICA of Bucharest. On 3 August 1948, the Polytechnic Institute of Bucharest was founded, which initially included 4 faculties and in which, since 1950, have appeared most of the current faculties. Based on the resolution of the Senate of November 1992, the Polytechnic Institute of Bucharest became University POLITEHNICA of Bucharest.

The position will be located at

ESRs must, at the date of recruitment, be in the first four years (full-time equivalent research experience) of their research careers and have not been awarded a doctoral degree. Full-Time Equivalent Research Experience is measured from the date when the researcher obtained the first degree entitling him/her to embark on a doctorate (either in the country in which the degree was obtained or in the country in which the researcher is recruited), even if a doctorate was never started or envisaged. Researchers can be of any nationality.

ESRs must not have resided or carried out their main activity (work, studies, etc.) in the country of the recruiting beneficiary for more than 12 months in the 3 years immediately before the planned recruitment date. Compulsory national service, short stays such as holidays, and time spent as part of a procedure for obtaining refugee status under the Geneva Convention are not taken into account.

Back to overview Online application